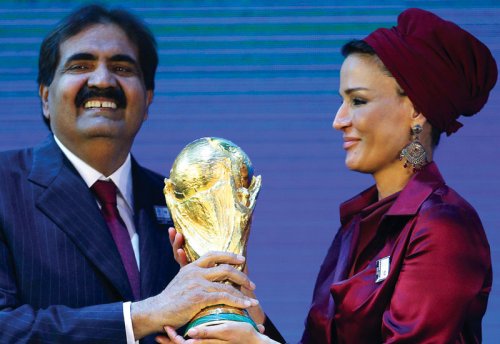 In a ceremony at Doha, Qatar 2022 Supreme Committee signed agreements with five local stakeholders’ and issued new tenders. The stakeholders with whom it signed the agreement are Qatar Rail, public works authority Ashghal, Kahramaa (Qatar General Electricity & Water Corporation), Aspire Zone Foundation and Qatari Diar.
The cooperation will play significant roles in the successful hosting of the Fifa World Cup in 2022 and Hassan Al Thawadi, secretary general of the Qatar 2022 Supreme Committee, said that more agreements aimed at unifying local entities will soon follow. He warned that organizing the world event is not a question of hosting it only for a month because “events of this stature have the potential to accelerate the progress of a nation and leave a lasting social, economic and cultural legacy.”
The agreements entailed guidelines, terms and conditions between the Qatar 2022 Supreme Committee and the five local stakeholders and directed towards establishing the framework for coordination of the projects handed out to them. All the five companies welcomed the formalization of their agreements and reaffirmed their dedication to their missions. The stakeholders present at the signing ceremony were also treated to a technical presentation from the Qatar 2022 Supreme Committee detailing progress and notable upcoming milestones.
The committee also issued tenders for project management and design consultant for the Al Wakrah Stadium. The management project will be awarded next month and the design consultant a month later. Another tender for the redevelopment of Al Rayyan Stadium has also been issued and will be awarded in the first quarter of 2013.  Five stadiums are currently in the process of planning or tender. Details on the remaining stadiums will follow in the near future.