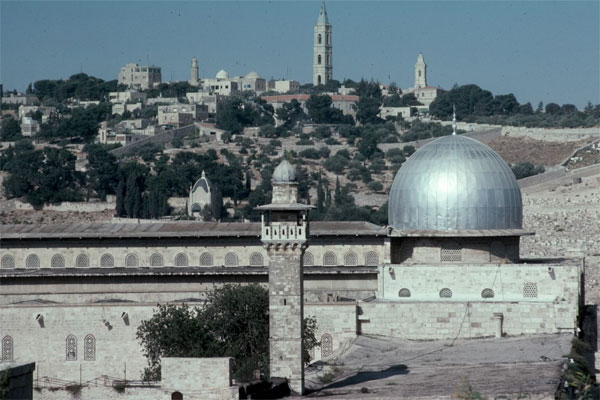 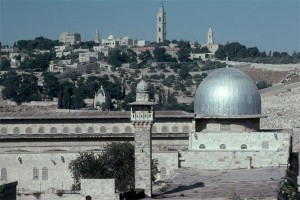 The Organization of Islamic Cooperation (OIC) has strongly condemned the intrusion by some fanatic Jewish settlers into the Al-Aqsa Mosque and its esplanades under the watch of the Israeli forces.
“It is an aggression against the Islamic Ummah”, says the OIC Secretary General, Prof. Ekmeleddin Ihsanoglu, stressing that such a provocative act and intrusion into one of Islam’s holiest sites only leads and generates religious violence in the region.
Indeed, Israeli authorities have allowed lately a large number of fanatic Jewish settlers to enter and tour Al-Aqsa Mosque’s esplanade. The settlers, dressed in religious attire and wearing kippa head-caps, were protected by a heavy police presence while they practiced Talmudic rituals.
“Such acts should be countered and prevented in the future”, adds the OIC chief, warning against the danger of violating the sanctity Al Aqsa Mosque and its esplanades by extremist Jews and occupation forces. At the same time, Israel denies Muslims the legitimate right of having access to the Mosque. Things often get worse for Palestinian worshippers who are frequently detained and beaten by Israeli soldiers.
For the OIC Head, such aggressions are part of a Zionist settlement policy and organized terrorism committed by Jewish settlers against the Palestinian people, holding the Israeli occupation fully responsible for the consequences of the continuation of such serious assaults, which constitute a serious violation of international resolutions and conventions.
The compound where the Al Aqsa mosque stands, known as the Noble Sanctuary to Muslims and Temple Mount to Jews, is holy to both religions and has been one of the main flashpoints of the Israeli-Arab conflict.
For Jews, it is the site where their biblical Temple once stood. For Muslims, it marks the spot from where the prophet Mohammed ascended to heaven.
It is often the site of friction between Israeli police and Palestinian Muslims, and between Muslims and Jews. Israel captured East Jerusalem and its historic Old City in the 1967 Middle East War, and was annexed with West Jerusalem shortly afterward.
Palestinians want East Jerusalem as the capital of their future state, but Israel says it is part of its “eternal, undivided capital.
Some analysts believe that the mushrooming of Jewish colonies in the West Bank, coupled with the intensive judaization of East Jerusalem, has made the goal of establishing a viable Palestinian state, unrealistic if not impossible.