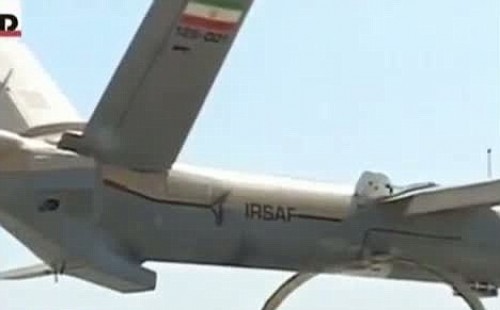 The state media has reported that the Islamic Revolution Guards Corps has developed a locally made unmanned drone. The drone is called The Shahed (Witness) 129 and has a range of 2,000km, thus making it possible to reach a large part of the region. The drone can be used for reconnaissance and combat missions and can also be loaded with bombs and missiles.
The head of the Revolutionary Guards’ aerospace arm, Amir Ali Hajizadeh, said the drone was designed and developed by Iranian scientist in Iran. He gave a description of what the drone looks like and what it could do. Critics say that Hajizadeh description of the Shaded was similar to the American one which was brought down in Iran. RQ-170 Sentinel, an unmanned United States reconnaissance aircraft, was captured by Iran last year in what it claims to be a cyber technology warfare but the US has refuted such claims citing that a malfunction forced it from the sky. However, Amir Ali Hajizadeh once said that they were trying to build a copy of the drone but it is not clear whether the Shahed 129 bears any resemblance.
Iran has been announcing new developments in its defense systems as it continue to boost its defense systems in a region full of tension in which it is an active figure. It has received attacked threats from Israel over its nuclear program and it is also engaged in a territorial dispute with the United Arab Emirates among others.
Iran has in recent days announced defense and engineering developments, including a domestically made anti-aircraft system, but some analysts are skeptical as to the reliability of the reports.