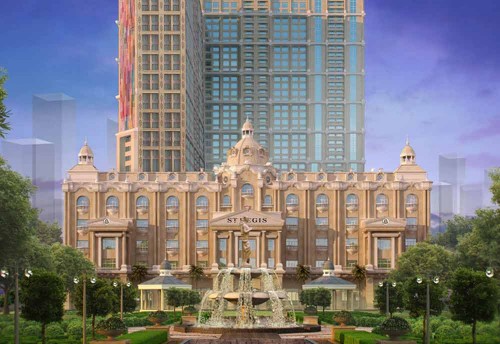 During an exclusive interview, Khalaf al-Habtoor, chairman of the Al Habtoor Group, said he expects the group to obtain 850 million dirhams ($231 million) in profit this year before pointing out that they are looking forward to raising as much as $1.6 billion in an initial public offering on the Nasdaq Dubai bourse next year. The new shares are worth 25% of the company’s capital and Grant Thornton has been chosen as the financial adviser for the planned IPO.
The Al Habtoor Group is a family-owned Dubai conglomerate active in several sectors such as hospitality, construction, education and automotives. The group is among UAE’s biggest family businesses and a potential stock market float from the group is seen as a boost to local equity markets which has struggled to attract new companies post the global financial crisis.
The chairman went on to further say that there will also be shares available in its joint construction venture with Australia’s Leighton Group wherein it has a 27.5% stake. They would issue 25 percent additional shares that would help raise between 5 billion to 6 billion dirhams ($1.6 billion).Its venture with Leighton will not be part of the IPO as the company is a minority shareholder in the partnership. Al Habtoor is also considering simultaneously listing in London and Saudi Arabia, the chairman said.
Revenues generated from the listing will be used by the group to expand its activities and lay hand on new properties worldwide. The group expects revenues to rise by 15% this year in the wake of 10% growth between 2010 and 2011.