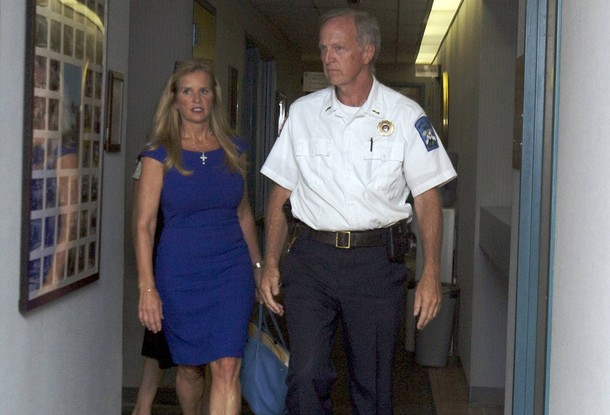 Credible sources amongst the US Intelligence community revealed today to Middle East Confidential that they believe terrorist group Al-Qaeda in the Islamic Maghreb (AQIM) is planning to abduct Heiress Kerry Kennedy, President of the Robert F. Kennedy Center for Justice and Human Rights (RFK Center), during her visit starting this day to Polisario Front camps in Algeria. The same sources tell ME Confidential that the CIA is  “holding credible evidence that AQIM is plotting to kidnap Mrs Kennedy just before she meets with Polisario Officials. All Intel material gathered by the Agency were transmitted to Algerian security forces before the visit, due to resume this afternoon ”. According to the CIA, AQIM, previously known as the Salafist Group for Preaching and Combat (SGPC) is willing to “strike in the heart” its most hated enemy, the United States of America, as the targeted hostage is a US citizen, coming from an iconic US family, believed to be “US Royalty”. The terrorist group, which has repeatedly declared its intention to abduct Spanish, French, and American targets, has been designated as a Foreign Terrorist Organization by the U.S. Department of State.
Mrs Kennedy, who is the daughter of late Robert F. Kennedy and the former wife of New York governor Andrew Cuomo, left yesterday the disputed Western Sahara region in Morocco heading for the Sahrawi refugee camps in Algeria.
Kerry Kennedy and her accompanying delegation of international human rights advocates is seeking to assess human rights situation on the ground of Western Sahara by speaking to human rights defenders, government authorities, and ordinary families split apart by this decades-old conflict.
The plot to abduct a US citizen on Algerian territory was also hatched, according to the same sources, in retaliation to the arrest on August 15 of three terrorists, including a senior AQIM member, thought to be close to its leader, Abdelmalek Droukdel. Necib Tayeb, AKA Abderrahmane Abou Ishak Essoufi was the head of AQIM’s “judicial committee” and was arrested with two other terrorists in southern Algeria, close to Mali, while he was apparently heading for the Sahel region.
In October 2011, three European humanitarian workers were kidnapped from the Polisario-controlled Tindouf camps by an AQIM offshoot called “Movement for Oneness and Jihad in West Africa”. Hostages were recently released in exchange of a presumed 15 million Euro ransom and the liberation of some of their Djihadist companions. Mrs Kennedy is due to visit the same locations where the abduction took place, which adds to the fears that a Kidnapping attempt is possible.
Algeria-backed Sahrawi Polisario Front demands self-determination for the territory of Western Sahara, while Morocco offers semi-autonomy for the region. Negotiations led by the UN since the ceasefire of 1991 has not yet given any substantial output.