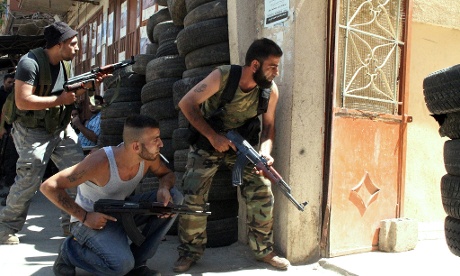 The attacks between pro and anti Assad supporters in Lebanon, which are fast becoming a daily routine, have become worrying for the country’s president of the Chamber of Commerce, Agriculture and Industry, Mohammad Choucair. He said that the economy has received a severe blow from the unrest and warned that bankruptcies will be imminent in the private sector if the trend continues.
He highlighted some of the consequences of the unrest by forwarding figures of certain private domains. He said that between 10%-15% of hotels were occupied and bookings compared to last year have fallen sharply by 90%, transactions in shopping malls have been down by half and a fall in foreign investments especially from  Arab and Gulf countries.
From these analyses, Mr. Choucair stated that if the situation is not brought under control, some private companies would not be able to avoid bankruptcy before hinting that some of them are already at the edge; especially those involved in the tourism and trade-related businesses. In his own words, he stressed that “everyone was waiting for the summer season to reactivate the economy, which would have allowed some institutions to compensate for losses incurred following events earlier in the year,” but “the severity of this period requires everyone to speak the truth and to exert to pressure to distance Lebanon from everything around us and to place the interest of the country and its people above all other considerations.”
Some of the countries in the region have already called upon their citizens to leave the country as fighting and kidnappings continue.