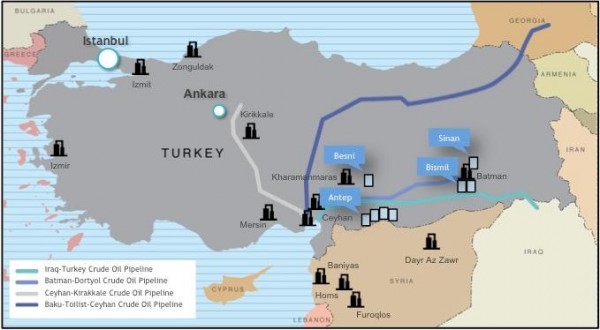 Drilling has begun at the Guvenir-1 well on the antep license in Turkey by the Anatolia Energy Corp.’s partner and Çalik Enerji San. The Guvenir-1 will be the first well to target the Dadas shale where independent third party resource evaluator, Ryder Scott, has allocated 318 million barrels of prospective resources. Anatolia Energy Corporation, an international oil and gas company engaged in the exploration and development of oil and gas in Turkey, owns half of the interest.
The depth of the well is to be at 2,600m and drilling is estimated to last for almost three months before such a depth could be reached. Core samples will be taken from the Dadas shale in Guvenir-1 in order to be analyzed in a specialized core laboratory according to the company’s plans so as to establish their properties and rock mechanics.
The results of the sample analysis will be used by the company to conduct a fracture stimulation test within the Dadas shale with hopes that there will be encouraging feedback. The fracture simulation test will help in the acquisition of critical data that will ease the management to design the optimal full horizontal well and multi-stage fracture stimulation, which is anticipated to more effectively and efficiently determine the productive capacity of the shale interval.
Further test will also be held at the conventional Ordovician Bedinan reservoir which is found immediately below the Dadas.
Anatolia has interests in 11 licenses in Turkey that total 1.2 million gross acres of Dadas shale and-or conventional oil prospective acreage.