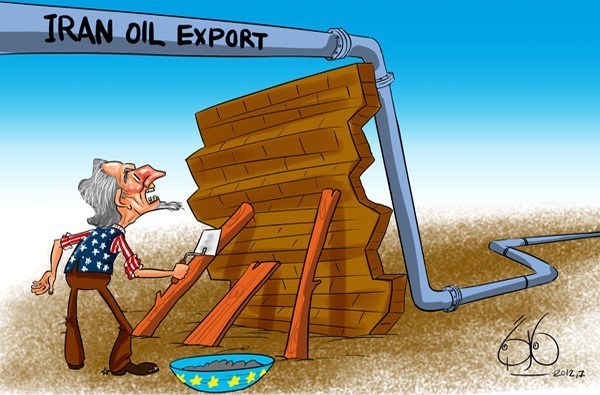 Iran keeps devising and looking for new ways to stave off international sanctions by offering its major clients discounts and lucrative deals they cannot turn down.
China, India, Japan and South Korea are Iran’s biggest oil customer and trading partner. They are in dire need of cheaper crude to meet rising energy demand and maintain their rapidly growing competitive economies.
The U.S. and the European Union have imposed tough economic sanctions on Iran in a bid to force it scrap suspect nuclear program. To bypass the sanctions, the Iranians offered to deliver oil to their clients on their own tankers. They also offered a $ 1 billion insurance coverage for these shipments, while some private groups sensing huge business opportunities in the West-Iran showdown stepped in to sell Iranian under market prices to line up their pockets.
Despite Tehran’s denial that its petrochemical exports were not affected by the sanctions, some experts say the ban costs the country over $130 million a day. The latest data of International Energy Agency show the Iranian oil sales plummeting by 1.2 million barrels a day, or 52 pc, since the sanctions banning the purchase, transport, financing and insuring of Iranian crude were enforced.