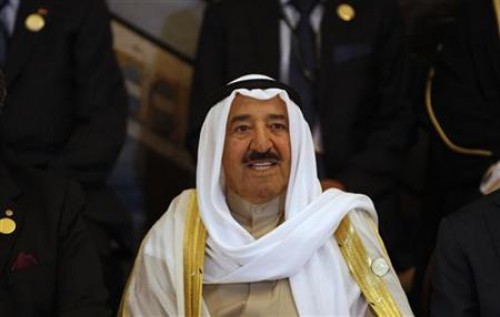 The political crisis in Kuwait is yet to be over after the members of parliament decided to boycott the swearing –in ceremony; bringing a standstill to the situation because this is the second time such an action is repeated.
The quorum was not met because out of the 50 parliamentarian members, only four of them were present and  five ministers from the 15-member new cabinet turned up for the parliament session. The speaker of the house lamented about the situation and didn’t hide his frustrations. “We could not convene the session due to the lack of a quorum and I will not call for another session,” National Assembly speaker Jassim al-Kharafi said. “I will take the matter to his highness the emir.”
Since the dissolution of the parliament after a ruling by the country’s constitutional court, analysts have predicted that the reinstated parliament will be dissolved by the Emir and recent developments are making it a high possibility.
State news agency KUNA last week quoted some lawmakers as saying that the government had encouraged some of them to skip the session so that the parliament can be dissolved. The court’s decision was not welcomed by the opposition.
The political turmoil has also affected Kuwait’s stock market because its index lost 0.4 percent to 5,708 points which is close to the six-and-a-half-month low it hit on July 31, when the parliament first failed to swear in a new cabinet.
Although Kuwait was able to avoid the Arab Spring, friction between the opposition affiliates in the legislative and executive arms of government has proven difficult to overcome.