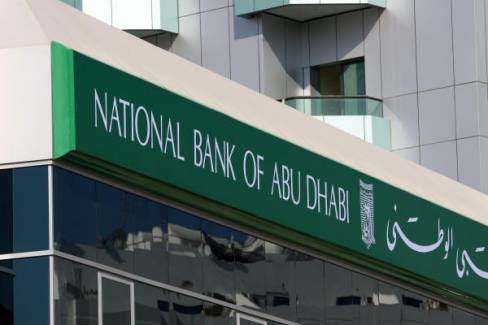 Reports from the lead arrangers claim that four banks have been chosen by the largest lender by market value in the United Arab Emirates, the National Bank of Abu Dhabi (NBAD), to issue benchmark-sized bonds which could price within a day.
Tradition has it that bond issuance is uncommon during this month because majority of the active actors in the sector are on holidays but the current unstable market situation shows that issuers are willing to seize any opportunity that passes.
Initial price guidance for a seven-year, dollar-denominated deal has been given in the area of mid swaps plus 200 basis points, with books closing as early as Monday, a document from the leads said. Another banker in the gulf said “the market is hot right now” after important amounts were made last week. Some were surprised that it happened during the holy month of Ramadan but confided that “the market is open right now for sure.”
The National Bank of Abu Dhabi mandated Citi, JP Morgan, Standard Chartered and itself for the deal, which is its second dollar-denominated bond of 2012. The bank’s $750 million five-year 3.25 percent bond , which launched and priced at 190 bps over mid swaps on the same day in March, was bid at 103.4 cents on the dollar to yield 2.462 percent according to reports.
A sovereign bond has been repaid in the past week and there are speculations that fund managers would search for similar exposures to replace the maturity on their portfolio. According to a note from a fund manager of  Invest AD, “Money from the Abu Dhabi sovereign bond that matured this week has started flowing into certain names, especially Abu Dhabi 2019 bonds, which tightened by around 25 bps last week.”