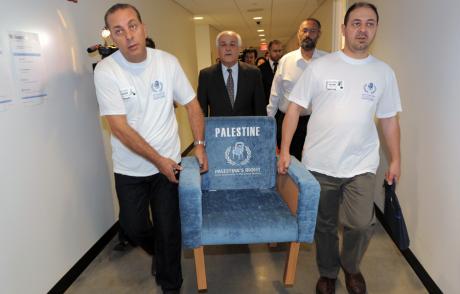 The annual UN General Assembly is fast approaching and an official from Ramallah has disclosed that the Palestinian Authority will not undergo the same experience it went through last year in its ambitions to become more than an observer state at the UN.
After receiving an unfavorable response last year at the Security Council, Palestine is now presenting its full membership bid to the General Assembly; “a different story” is assured this year round as the official promised that it “will not resemble last September.”
Earlier, its Foreign Minister said that Palestine was seeking to secure 180 votes of the 193 member countries of the UN capable of voting. Even if the General Assembly gives a green light to Palestine’s full membership, it needs the approval of the Security Council which many believe will never nod to it because of the United States veto power and its proposal; i.e. a Palestinian state should be set up in agreement with Israel. However it will give Palestine membership accessibility to several U.N. agencies and to the International Criminal Court.
Israel’s special envoy to the UN said the Palestinians were far from obtaining statehood as he urged them to return to the negotiation table because it is “the path to peace”, before referring to their ambitions as “perhaps the feelings of frustration.” He took their recent decision to be a move to gain attention due to the world’s focus on Iran, Egypt and Syria as he accuses Palestine of attempting “to make unilateral moves in order to internationalize the conflict.”
The General Assembly is barely a month away…