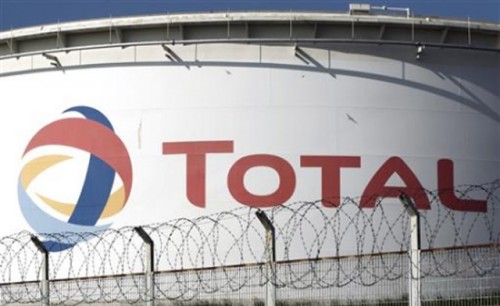 The Federal government of Iraq has received another blow in its efforts to limit oil companies from dealing directly with the semi autonomous Kurdistan region. Despite warnings to desist from concluding a deal with the Kurdistan region, Total has directly bought from the regional government a 35% stake in two exploration blocks; paying deaf ears to Baghdad.
Baghdad is furious about it and the spokesman for Iraq’s Deputy Prime Minister for Energy, Faisal Abdullah, said that “unless Total reviews the deals, it will face severe consequences ” and “will be blacklisted for violating Iraqi law.” Prior to the purchase, total was aware that “severe” actions will be taken by Baghdad if it goes after the stakes in Harir and Safen blocks.
However, Total maintains that they kept the Baghdad authorities aware of their intentions. It also claims that contractual conditions are more favorable in the autonomous region than anywhere in the country as the company struggles to meets its annual objectives. The Harir field was drilled on Monday and drilling will begin next year on the Safen one. The Kurdish Regional Government has not commented on the matter.
Total follows the path set by Statoil and Exxon. An analyst claimed that the exodus of the oil companies to the Kurdistan region is because the wells given by the Federal government to companies “are not very profitable” and the government is inefficient at renegotiating concessions. He added that the only option it has is to withdraw licenses.
However, these companies which are moving to the autonomous region will be faced with the difficulty of transportation because Baghdad can block the use of its pipelines in the South.