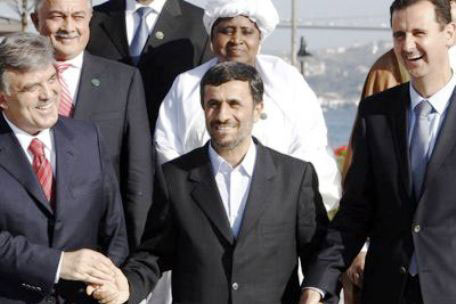 As Turkey continues to intensify its military and arms presence on the border it shares with Syria, Iran has raised its voice to show that it is monitoring events between the two neighbors. In a move to redress Turkey’s actions, Iran has warned that any assault on its ally territory will result to an armed response by Syria and Iran.
Reports claim that a message sent to Ankara by Iran warned that “any attack on Syrian territory will be met with a harsh response and the Iranian-Syrian mutual defense agreement will be activated.” Iran remains to be one of the remaining allies of the Assad regime in the region although Turkey use to be one of it too but their relations with Syria turned sour.
The relations between Tehran and Damascus were strengthened during the eight year in the 80’s between Iraq and Iran during which the latter enjoyed the support of Damascus. They have concluded multiple defense pacts amongst them since then.
Tensions have been escalating since Turkey’s military was gunned down by Syria after an airspace violation and Turkey has turned to be much more supportive of the Rebels battling the Syrian government as it plays host to defectors and refugees.
Turkey has also raised eyebrows of the Kurds in North of Syria as its Prime Minister said that they won’t hesitate to launch an attack there if threatened but an Arab diplomat was quoted saying that “Ankara is preparing an agreement with Washington to intervene militarily in the Syrian (crisis), using the Kurdish card as an excuse.” This military intervention will only be limited to the north.
However, Turkey is said to receive a message from Iran reading “beware of changing the rules of the game.”