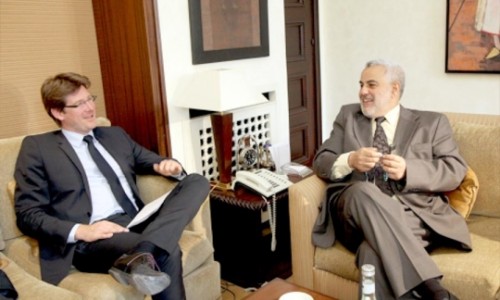 France has renewed its backing to Morocco’s plan to grant autonomy status to Western Sahara in a bid to resolve the decades-old territorial dispute opposing the North African Kingdom to Polisario front.
Morocco has offered to make Western Sahara largely autonomous while keeping it under its sovereignty but the Polisario, which is supported by Algeria, has rejected the proposal.
Paris firm stand on this issue was voiced by French development minister, Pascal Canfin at a joint press conference held in Rabat.
“French position has not changed”, said Mr. Canfin. “We support Morocco’s autonomy plan which remains for us the only realistic proposal on the negotiating table”, added the French official during his trip to Morocco. He also said that his country backs efforts seeking a political solution to the Western Sahara conflict within the frame of the United Nations and relevant resolutions.
The same view was expressed lately by former French foreign minister Alain Juppé and US Secretary of State Hillary Clinton, describing Morocco’s plan as “serious, credible and realistic”. But the Algerian-backed Polisario Front, which is fighting for independence for Western Sahara, continues to turn down the Moroccan offer, putting UN-brokered talks on this issue in a deadlock.