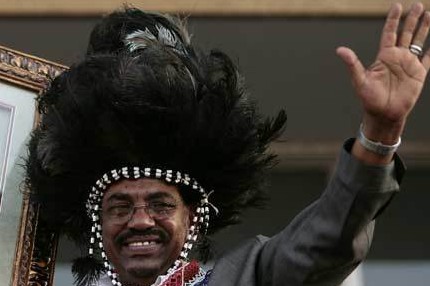 Malawi, host of the next African Union summit to be held in July, has sent a strong signal to the African Union that Sudan’s President, Omar Al-Bashir , is not welcomed into country. This decision was described by Malawi’s information minister, Moses Kumkuyu, as a move in “making our position known”.
Sudan has now called upon the continental organization to relocate the annual summit to its Headquarters in Addis Ababa because it can’t afford to miss it due to the “utmost importance” of the topics on the agenda; its Foreign Minister argued. One of main issues to be discussed is the Sudan-South Sudan dispute. He also went ahead to rubbish Malawi’s claim of respecting “its obligations to the so-called ‘International Criminal Court’,” because it is their duty as a member state of the AU to provide “the required propitious frameworks and environment for the summit”. It considers the decision to be a violation of the AU statute but Malawi’s denies it claiming that “the statutes of the African Union gives freedom to member states to make their grievances known.”
In 2009, an arrest warrant for President Bashir was issued by the ICC accusing him of committing war crimes and genocide but he visited Malawi in 2011 when Bingu wa Mutharika was president without being arrested. It prompted donor aids to stop their funding to the country. The new president prefers President Bashir’s to be absent in order to be save from “economic implications” his visit might generate.
Between 2009 and 2011, Bashir has visited China, Chad, Qatar, Libya, Saudi Arabia, Kenya and Ethiopia. Luis Moreno-Ocampo, ICC’s prosecutor is now trying to put up pressure on governments to arrest him. Otherwise, it will be considered as “a direct challenge to the Council’s authority.”