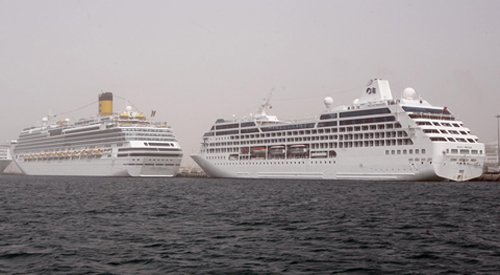 In a strategic move to curb the paperwork procedures and visa requirements for the tourists passing by or coming to the United Arab Emirates, a solution is finally forthcoming after more than 2 years of discussions according to an announcement from a senior official.
A multiple entry visa is likely to come into the system in September, a month before the cruise season. It is believed that such a visa will be favorable to the UAE; taking into consideration its quest to be a principal centre for cruise tourism.
Dubai is a port of call for most of the international world class cruise lines and it houses five of the world’s cruise lines leading in the market: Costa Cruises, Aida Cruises, Royal Caribbean International, TUI Cruises and FTI Cruises.
The Gulf’s largest and up to date cruise facilities are found in Dubai. It also boasts of anchoring up to 6 cruise ships at the same time at its terminal which has always seen an annual increase of passengers during its ten year old existence.
The federal authorities are being pressured by the UAE tourism industry to implement the system as fast as possible because it will help enlarging the tourism market in places considered to be emerging economies.