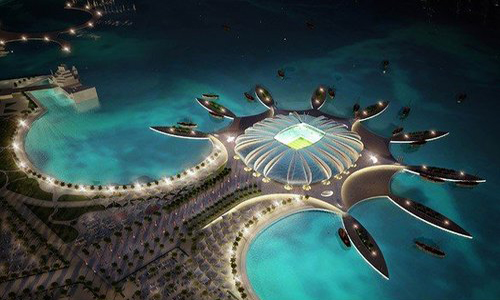 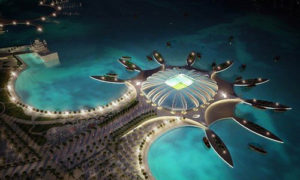 Qatar has a decade left on its stopwatch before the FIFA World Cup takes centre stage in the Gulf and the whole world’s eyes will be on them. Works have been going on to get everything set for the tournament. The government has been involved in several projects to make of what is a dream today, a reality in 2022.
Qatar’s Public Works Authority is to sign an agreement worth about QAR 50 billion (US$ 13.7 billion). The investments entailed in the agreement will be centered on infrastructures and projects necessary for a successful hosting of the one month football tournament.
The above is but just a part of a US$ 125 billion reserved for development projects to be spent within the next six years. These projects are all linked to the preparations for the World Cup 2022. The most attractive projects to be executed are the international airport which has an allocated a budget of US$7 billion, a deepwater seaport of US$ 5.5 billion, 12 eco-friendly stadiums adding up to more than US$ 32 million and US$ 20 billion for new roads.
In its ambition to go green, the Qatar Electricity and Water Company (QEWC) signed an agreement with Qatar Solar Technologies. 10% of the country’s energy should be derived from renewable sources under the new agreement. The demand for energy in the state is among the highest on the planet and it is now planning of making use of its sunlight. It hopes that before 2018, 10% of total energy used for electricity generation and water desalination with solar power.
An amount of QAR 70 billion (US$ 19.2 billion) has been set aside for the expansion of the electricity and water networks till 2021.