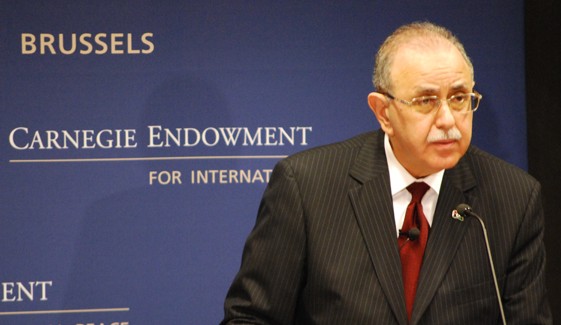 At least four people were killed in an attack launched Tuesday by a group of gunmen against the headquarters of Libyan interim prime minister in Tripoli.
The attack raised fears over stability and security in the North African country to hold next month a national poll for a constituent assembly.
The Prime Minister, Abdel Rahim Al-Keib, was not in his office when the attackers stormed the government building.
According to some press reports, the attackers are believed to be ex-members of the militia who joined the battle and rebel forces that toppled the regime of Col. Muamar Gadhafi.
At first, they gathered in front the PM office to protest against the interim government decision to stop payments and cash rewards they used to receive for their role in ousting Gadhafi. However, a group of armed men, who were among the demonstrators, opened fire, triggering chaos and confusion.
The PM Abdel Rahim Al-Keib described the attackers as “outlaws” who pretended to be “revolutionaries”. He also vowed that “the government would deliver on its promises but would not give in to blackmail or to outlaws as it would not negotiate under the threat of force.”