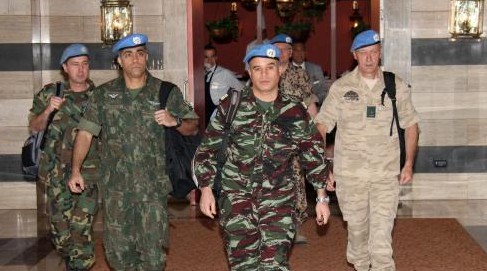 After the new constitution in February, Syrian’s will now brace the parliamentary elections on the 7th of May with some 7195 candidates poised to contest, of which 710 are women, for 250 parliamentary seats.  The atmosphere nevertheless remains tense.
Almost a month since U.N. observers arrived, now amounting to about 50, the ceasefire has continuously been violated although it is claimed that violence has reduced. The elections will however take place.
The Minister of Interior has declared that all is set for the multiparty elections to be done in a free, fair and transparent manner. The exiled opposition leaders refer to the elections as a façade. They have requested for its boycott by their partisans.
Syria’s authorities believe it is the time for Syria to walk towards reforms which are needed but to also implement and execute them. The opposition dubs it will be a rubber stamp parliament that will be under the control of Assad.
Meanwhile, President Assad attended the Monument of the Martyr where he deposited a wreath in commemoration of the Martyrs on their day and also met party sympathizers.
Despite the unrest, registration has witnessed 14,788 electorates for the parliamentary elections although the protesters claim that they have their own “alternative parliament” to replace the vacuum left by Assad. The elections are considered as an advantage to the present regime.
Erdogan, Turkey’s Prime Minister, paid a visit to the Syrians seeking refuge in a close by border town to Syria telling them that the end of Assad’s regime is near and Turkey is supporting them. Damascus and Ankara used to be great allies but the 14 month old standoff has turned it sour. Islamists have also infiltrated the ranks of the protesters.