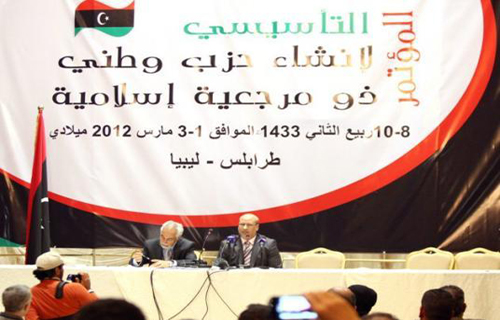 Two significant laws have come into effect in Libya before the elections. New bans have been imposed and some of the old ones are gone.
Libya’s ruling National Transitional Council (NTC) has announced a law which makes the glorification of certain people a crime. The former leader of Libya, Mouammar Khadadfi, and his sons must not be glorified or praised. His regime, which lasted for more than four decades, and his ideas, most found in the Green Book that he authored, also fall under the criminalization law; therefore being an offence and punishable by a prison sentence.
Remarks made by individuals or media outlets could be served with sentences which could go up to the extent of life imprisonment if they provoke any damages to the state under the new law.
Libya is still considered to be in a state of war by the new law and “any person who spreads information and rumors which disrupt military preparations for the defense of the country, spread terror or weaken the citizens’ morale,” can spend time behind bars as well as those who sabotage the revolution, the religion of Islam or state authorities and institutions. The properties of the previous regime and those of its closed aides have been seized. Members of the old regime and people who stood against the revolution can neither stand for elections nor hold public office.
In the same vein, another new law which was supposed to ban the formation of parties based on certain specificities which could undermine national unity was modified before its announcement to open the gateway for Islamic political parties to take part in the elections.
Voters and candidates have started registering. Less than 3,5 million Libyans are expected at ballot boxes.