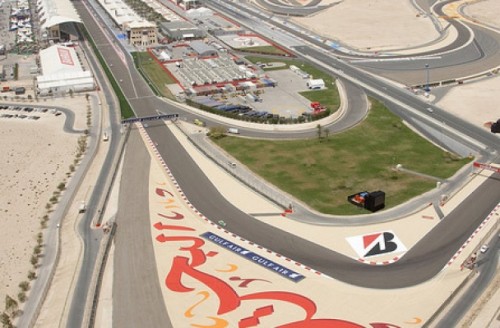 With the run up to the Grand Prix, the Gulf Kingdom of Bahrain resurfaces again after being able to control the revolution on its territory with the help of Saudi Arabia.
The Grand Prix is usually an occasion to revive the activities in various contributing sectors of the economy. It is a perfect moment to attract tourists and investments into the country especially after last year’s turmoil in a country where the Shia Muslims are the majority although reforms are yet to be carried out by the ruling Sunni family as promised.
Rich in oil, Bahrain relies on a diversified economy and the Formula One Grand Prix has been an alternative since 2004 to maintain this diversity. Today, it is taken also as an opportunity by the demonstrators to make their voices heard after the civil unrest. Calls are being made by the protesters and civil-rights organisations (local and international) for the event to be cancelled because of the limited rights and restricted freedom in the Kingdom.
Preparations are still going on. Everything seems set for the event to take place. The economy will really benefit from event but what about the demand of the protesters? Should the Grand Prix be cancelled, the recovery process of all ready invested resources especially the financial aspect will take a while due to the current economic environment.
Bahrain authorities are at crossroads and until they see the official opening ceremony taken place and the tracks filled with cars, everything is at stake! The protesters are also capitalising to make their voices heard and their demands met.