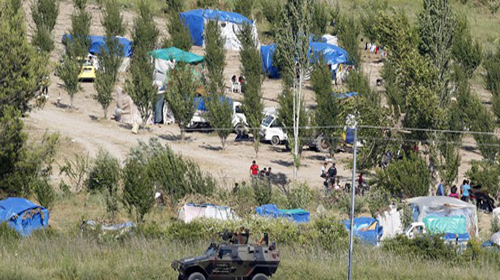 Turkey and the United States have announced their intention to increase their logistic assistance to Syrian rebels, providing them with communications gear and medical supplies.
According to some analysts, the disclosure of this “nonlethal aid”, which is expected to irk Moscow, might encourage other Western allies and “friends of Syria” to follow suit.
As the Syrian regime of President Bachar Al Assad is facing growing international pressure and diplomatic isolation, Damascus has accepted cease-fire offer brokered by UN envoy but opposition groups remain extremely skeptical.
U.S. Secretary of State Hillary Rodham Clinton has described Al Assad acceptance of the cease-fire “an important step,” but said Syria must now carry it out. “We will judge Assad’s sincerity and seriousness by what he does, not by what he says,” Mrs. Clinton said.
According to latest UN estimates, death toll in Syria raises to more than 9000 people killed by the Syrian security forces in their military campaign and relentless crackdown against a popular uprising.