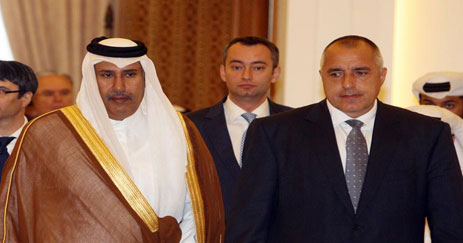 Qatar is planning to inject over $ 130 million in Bulgaria and namely in the sectors of agriculture, tourism and infrastructure.
These Qatari investment projects were unveiled at a meeting held between Prime minister Sheikh Hamad Bin Jassim Al Thani and Bulgarian peer Boyko Borisov.
According to Bulgarian media, the Qataris are also interested in partnership projects in the fields of energy, airports, highways and services.
The two countries are currently working on setting out the legal framework for their joint actions to boost trade exchange, economic, scientific & technical cooperation.