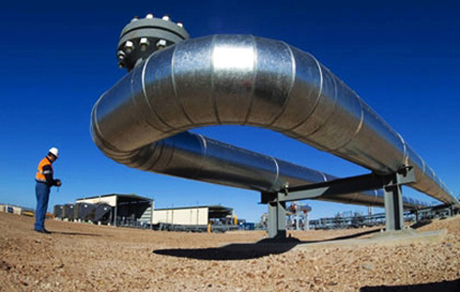 High oil prices have enabled Iraq to export 65.3 million barrels last January and earn 7.123 billion dollars, according to official figures released by the Iraqi oil ministry.
The crude oil, which was sold at $ 109 for the barrel, was shipped to 29 Arab and foreign countries from the ports of Basra and Khor Al-Omaia on the Arab gulf. It was also shipped to the Turkish jihan port on the Mediterranean and by the tanker trucks to Jordan.
Last May, Iraq exported 53 million barrels ($ 5.8 billion) from Basra oil fields and 12 million barrels ($ 1.3 million) from Kirkuk.
Iraqi authorities are currently reviewing international bids to develop an oil field in the northern city of Kirkuk. State-owned North Oil Company had started limited production in the Kirkuk field in 2009. British Petroleum has promised to bring the capacity of the field to around 700,000 barrels per day within five years.
According to the International Energy Agency forecast, Iraq’s crude oil production capacity is expected to grow by 1.87 million barrels per day (mb/d) between 2012 and 2016. This will boost crude output in the country to 4.36 mb/d by 2016.