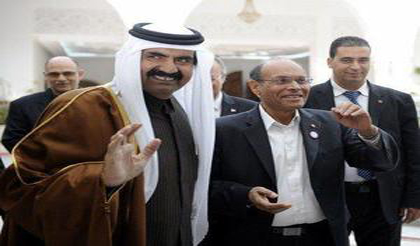 The tunisian industry ministry has said it is planning to invest $ 1.7 billion to boost hydrocarbons output in 2012. The move, which also includes exploration drilling in 24 new oil sites, is destined to enable the North African country meet its increasing energy needs.
Last February, the country produced 73 000 barrels per day of crude oil against 65 000 barrels in January. Tunisia hydrocarbons (Oil, Gas & LPG) production plummeted 9 pc last year compared to 2010.
The country is expected to import this year about 300,000 tonnes of liquid petroleum gas, 1 million tonnes of diesel and 300,000 tonnes of fuel.
The new tunisian government, formed after ousting the autocratic regime of Ben Ali in a popular revolt, targets a 4.5 pc economic growth this year. But experts say that frequent protests and strikes hurt badly businesses.
Foreign investors and visitors, who were scared off by the instability following the revolution, are now waiting for the dust to settle down to return to the country.