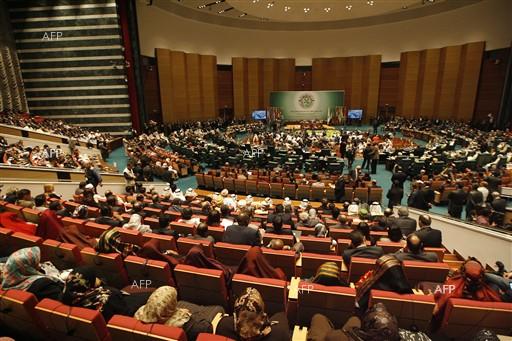 The newly formed international alliance dubbed “Friends of Syria Group” will meet in Tunisia on February 24 to look into ways of helping Syrian opposition and stepping up pressure on the autocratic regime of Bachar Al Assad to halt the 11-months of bloodshed.
This Group, similar to the contact group on Libya, was set up by Arab & Western countries after Russia and China vetoed a UN resolution demanding that the Syrian authorities to stop the crackdown on protesters and implement the Arab League peace plan.
The League initiative, which sets out a political road map to ending violence in the country, urges Syrian president to cede power to his vice deputy part of a democratic transition process.
Tunisia and Libya have expelled Syrian envoys from their capitals following the upsurge of violence and massacre of civilians in Syria. The Gulf countries have also agreed to expel Syrian ambassadors and recall their own diplomats from Damascus. The same move was made by France, Italy, Spain, Britain and Belgium, while Washington had closed its Damascus embassy.
At the end of their meeting in Cairo, Arab foreign ministers asked the UN Security Council to form a joint Arab-UN peacekeeping mission to be sent to Syria and urged the Arab countries “halt all forms of diplomatic cooperation” with the Syrian government.
They also agreed to “open channels of communication with the Syrian opposition and provide all forms of political and financial support to it”.