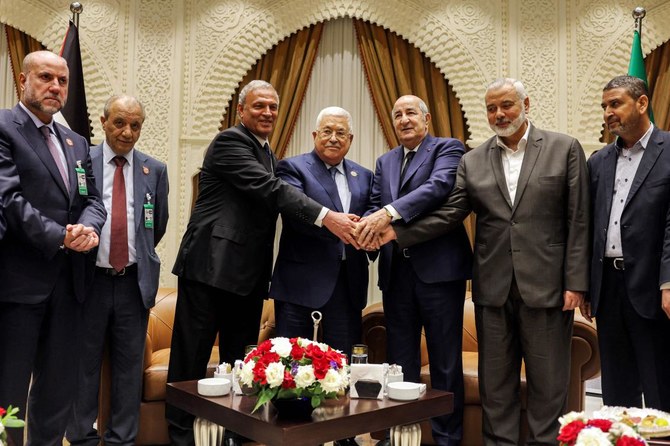 Palestinian president Mahmud Abbas and Hamas leader Ismail Haniyeh made Tuesday their first public meeting in five years in Algeria on the sidelines of the 60th anniversary of the independence of the North African country.
The Algerian top leadership called the meeting “historic” as Algiers strives to snatch a deal between two sides. The pair last met face-to-face in Doha in October 2016.
Tebboune and Abbas, Arab News reports, also signed a document to name a street “Algeria” in the West Bank city of Ramallah. Abbas was in Algiers in December at the invitation of President Tebboune who reportedly indicated that the North African country’s plans to host Palestinian factions for talks.
Tebboune also during the meeting pledged $100 million in aid to the Palestinians.