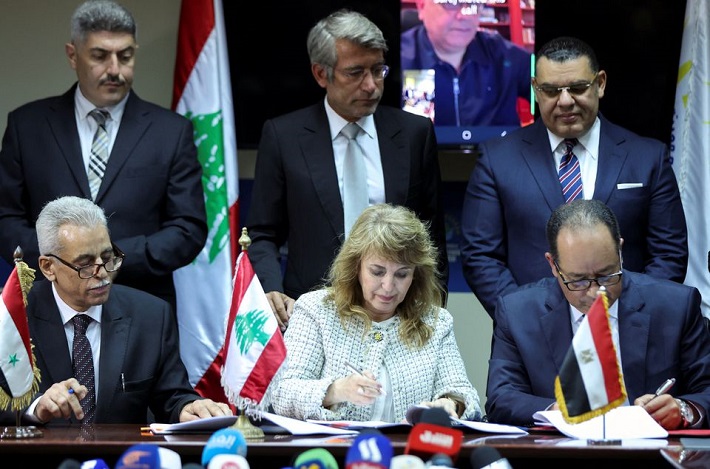 Lebanon and Egypt inked, on Tuesday, a deal to import Egyptian gas to a power plant in northern Lebanon through Syria, reports say.
Per deal, Egypt will send 650 million cubic meters of gas through Syria to Lebanon annually. The commodity will power Lebanon’s northern Deir Ammar energy plant, where it could add some 450 megawatts, or around four extra hours of power per day to the grid.
The agreement was signed by the director general of oil facilities at the Lebanese Energy Ministry Aurore Feghali, Chairman of the Egyptian Natural Gas Holding Company (EGAS) Magdy Galal and the Director of the Syrian’s General Petroleum Corporation Nabih Khrestin.
“This agreement would not have happened without Egypt adopting the project from the first moment and following it up with its details and supporting all its stages to ensure an increase in quantity,” said Walid Fayad, minister of energy in the Lebanese caretaker government, at a press conference held at the Ministry of Energy after the signing of the two contracts.
“Syria has made great efforts despite the pressures and difficulties to prepare the line that was damaged, during a short period of time. We are now ready to transport the Egyptian gas, and there are no legal problems,” said a representative of the Syrian ambassador to Lebanon.