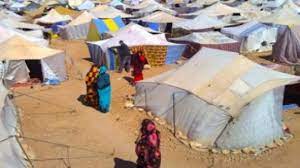 In a context of increasing repression of peaceful demonstrations by the Algerian security forces, hundreds of people have been arbitrarily arrested since the beginning of the peaceful movement Al hirak, including many human rights defenders who try to expose corruption and frauds in Algeria. This anti-corruption activism exposes human rights defenders to years of prison and months of pretrial arrests under some ambiguous laws that explain any peaceful criticism to the authorities as a threat to the public order.

This wave of arbitrary arrests, which has clearly targeted human rights defenders, is a very bad signal for a possible transition to democracy in Algeria. The current government is trying by all means to maintain its power and to stifle the ongoing peaceful protest movement, creating a climate of fear through repression, and continuous restrictions on human rights defenders.
Journalists, lawyers’ bloggers and social media activists are systematically targeted by authorities especially those who try to expose corruption as an illustration:

We remind you of

Mr Tounsi was arrested and charged in connection with his efforts to expose corruption, including his social media posts criticizing members of the judiciary. He was trailed three times september 2020, April 2021, before he started a hunger strike on the 20th of May 2020 for accusing him a second time for insulting symbols of the state as the president. He was sentenced a year of prison
Not only in Algeria, anti-corruption human rights defenders are also targeted in the Tindouf refugee camps : Moulay Bouzid Abba, Fadel El Mahdi, Breica and Mahmoud Zeidane are incarcerated in a highly bad reputation prison “Dheibiya”, for denouncing the diversion and embezzlement of humanitarian food aid, intended for the Tindouf refugee camps, by polisario leaders and some highly ranked Algerian military officials to the African markets for sale.

Finally, we recommend that

There is a UN peace process going on to end the conflict peacefully.