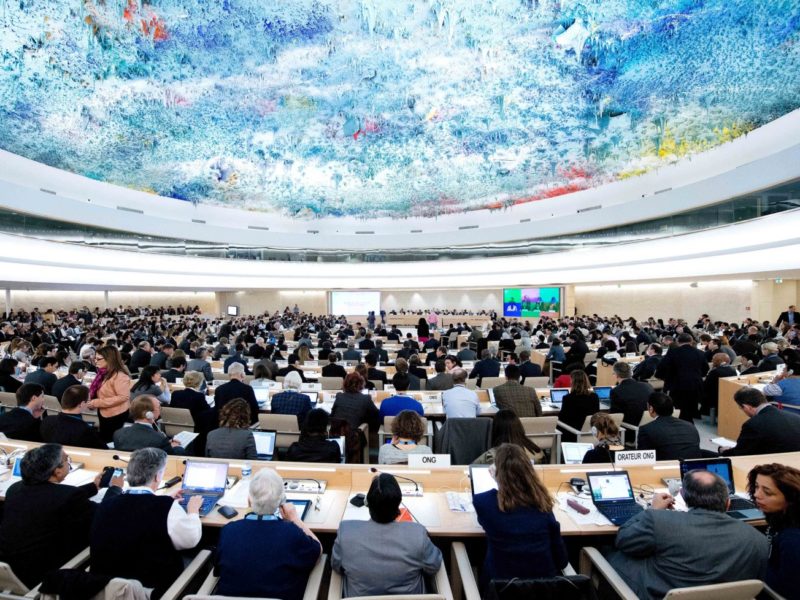 From our belief in the importance of the United Nations High Commission for Human Rights and its pivotal role in consolidating peace and the welfare of peoples and respect for human rights around the world, we are sending you this communication about the situation in Western Sahara, which has known a political conflict since the seventies of the last century. As you know, this long-lasting conflict is a threat to peace and stability in both North Africa and the Sahel and Sahara region.

The residents of the Western Sahara region are looking for a peaceful solution that protects them from the isolation and division they are experiencing because of the camps and the separation wall. Since 1976, Saharawi families have been living in division and scattering due to the insistence of the parties to the conflict not to provide concrete solutions to lift the siege on these victims.

The Sahara conflict has become a burden on the international community, as we see that its seriousness and its ability to push for a diplomatic solution are starting to be questioned since all the conditions are suitable impose the solution that respond to the aspirations and security of the local resident first and protect the region from the geopolitical repercussions the world is witnessing these days.

The residents of the camps have been greatly affected by the repercussions of the covid pandemic, which proved Algeria’s inability to protect the residents of the camps in Tindouf from the devastating effects of the pandemic Algeria failed to fulfill its international obligations as it is responsible for the protection of the refugees in the camps of Tinduf on its territory from human rights violations committed by polisario officials as well as terrorist and criminal groups.

Unfortunately, the political decision in the Tindouf refugee camps is not in the hands of the Polisario. Rather, it has become our duty to acknowledge that Algeria is the one that controls and dominates the choices of the Sahrawis. Therefore, the independent commission for human rights draws your attention to its concern that Algeria will take destructive decisions for the future of these victims, as it has chosen to be support the countries that call for wars and has chosen to be a rear base for these forces. Therefore, we refuse to involve the saharwi refugees in any possible tension that Algeria may escalate in the near future.

The Tindouf camps, under that state-quo and the absence of a promising political intention of polisario and Algeria for overcoming the conflict in a manner that preserves human dignity and a decent life for the original inhabitants of Western Sahara, these camps have become incubating structures that support and nourish terrorism and organized crime. These groups exploit youth who seeks to improve his economic conditions by all means. This makes them easy victims of the exploitation of terrorist organizations, especially since the camps provide young people trained to carry weapons since they were children. Therefore, resolving the conflict in the Western Sahara will be an effective way to dry up one of the sources of terrorism in the Sahel and Sahara region.

The general political context in Western Sahara, in addition to the growing desire of the population of the region to end the conflict, help greatly to take effective steps on your part to urge Algeria to accept a peaceful and realistic solution, which we see that Morocco has interacted positively in order to resolve the conflict by proposing autonomy to negotiation since 2007. The opportunity is ripe to put pressure on Algeria to allow the polisario leaders to accept autonomy as a solution to the conflict, especially since there is increasing international recognition for considering autonomy as the credible and rational solution to resolving the conflict in Western Sahara.

The American recognition of Morocco’s sovereignty over the Western Sahara is a strong signal that the population received with satisfaction and acceptance, and it must be exploited in order to push for the adoption of autonomy based on respect for human rights and to enable the Sahrawis to enjoy their full economic, civil and political rights, preserve their culture and benefit from the natural resources of the Western Sahara region.
For all that;

• We call for respect for human rights in the Western Sahara region by both Morocco and Algeria and under all circumstances.
• We consider that autonomy provides an important opportunity for the Sahrawis to enjoy a decent and peaceful life.
• We consider that the United Nations is directly responsible for putting pressure on Algeria to allow the Polisario to lift the siege on the camps and to interact positively with international efforts to bring about a serious and realistic peace process.