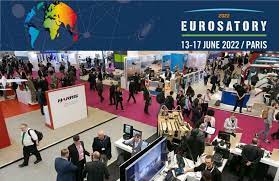 A new medium robotic combat vehicle developed by the Israeli defense ministry along with the country’s security industry was unveiled on Monday at the Eurosatory defense exhibition in France, reports i24news.tv

The MRCV vehicle operates autonomously and is able to detect and destroy incoming threats along with fire control and emission management systems.

It can also operate a drone and has a built-in system for transporting and receiving unmanned aerial vehicles (UAVs). The vehicle doesn’t transport people, which allows it to be much smaller than a regular tank, yet still carry heavy loads.

“If this tank is hit and taken out of service that’s too bad but it’s only money, no lives are lost,” Regev added.

Field tests are expected to start next year.