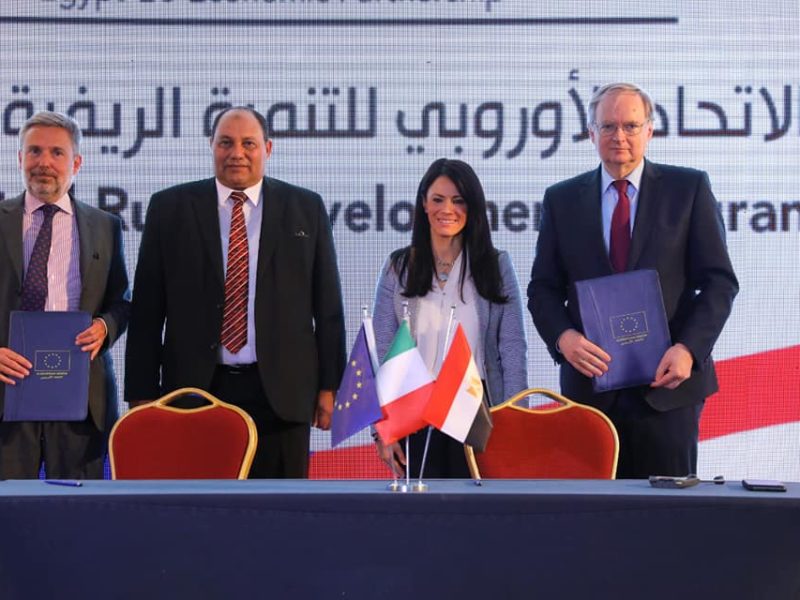 The European Union (EU) has agreed to allocate 138 million euros in form of grants for Egypt to back several development projects in multiple areas including agriculture and decentralization.
The Egyptian Ministry of International Cooperation signed the agreement with the EU on behalf of the Arab country, on Monday, Arab Finance reports.
The grants include a sum of €24 million for the Ministry of Agriculture from the EU and the Italian Agency for Development Cooperation as part of the EU’s Rural Development Program in Egypt, the ministry said in a statement.
They also encompass €5 million for a public finance management project in favor of the Ministry of Finance
Both parties also inked an agreement for a project of the Sustainable Development Strategy and Administrative Reform Plan at a value of €5 million, in favor of the Ministry of Communications and Information Technology, the Ministry of Planning and Economic Development, and the Central Agency for Organization and Administration (CAOA).
€7 million will be allocated for a project of the Decentralization and Integrated Local Development with a Special Emphasis on Upper Egypt supervised by the Ministry of Local Development.
Also per the agreement, additional grant worth €3 million will be dedicated to the Micro, Small, and Medium Enterprises Development Agency (MSMEDA) as per the Community Development Program between the EU and the Agence Française de Développement (AFD).
The EU has since 2008 backed projects in Egypt to the tune of €650 million.
The cooperation portfolio between Egypt and the EU currently stands at around €1 billion across various sectors, Arab Finance notes.