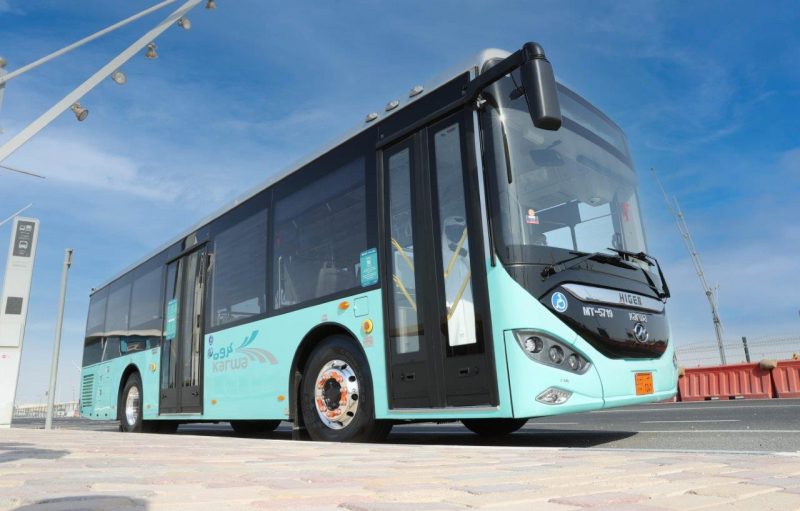 Qatar has taken delivery of 130 electric buses representing the last batch of 741 units ordered by the Gulf state for the World Cup 2022 and beyond, Doha News reported.
The vehicles arrived this week at Hamad Port. Qatar, host of the world’s largest football tournament is planning to make the championship Carbon-neutral.
The Gulf country is aiming to provide safe, reliable, and accessible transportation facilities during the FIFA World Cup 2022, with electric buses to be used as the main services during the tournament.
The move is the first of its kind to use electric mass transit buses for the FIFA World Cup.
This month authorities announced that more than 1,100 electric buses are set to transport spectators during the FIFA World Cup Qatar 2022 as part of Qatar’s continued efforts to organize a carbon-neutral mega sporting event, Qatari outlet also notes.
Director of Tarsheed and Energy Efficiency at Qatar General Electricity and Water Corporation (Kahramaa) Abdulaziz Ahmed Al Hammadi also indicated that the number of electric vehicles exceeds 1,100 buses and some 700 electric charging stations will be built to provide eco-friendly transportation facilities for spectators during the matches.