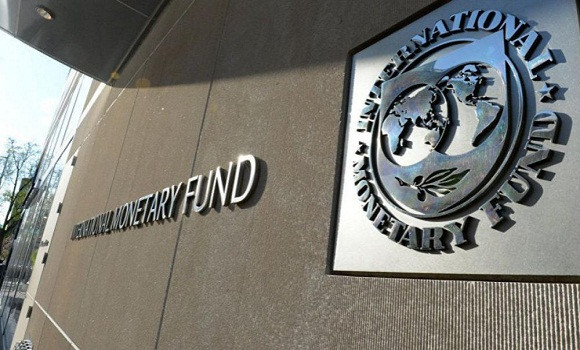 The war in Ukraine has “significantly” impacted the Middle East and North Africa region, with the crisis dealing a heavy blow to low-income countries while benefiting oil-producing states, the IMF said Wednesday.

The International Monetary Fund’s 2022 growth forecast for the region, which includes Arab countries and Iran, was predicted at 5.0 percent, up from the 4.1 percent prediction for this year made in October.

But the predicted growth masks the disparities between the region’s 22 countries, which range from major oil exporters to nations wracked by war and others that depend heavily on wheat imports as well as on hydrocarbon imports.

The Russia-Ukraine war and economic sanctions on Moscow have affected the region “through a multitude of direct and indirect channels”, according to the IMF report.

“Prior to the war in Ukraine, the economy in the region was showing strong recovery… the only caveat to that is inflation started to increase in 2021 and remained high,” Jihad Azour, IMF director for the Middle East and Central Asia, told AFP.

The report said inflation in MENA surged to 14.8 percent in 2021 and is projected to remain elevated at 13.9 percent this year, largely due to higher food and energy prices.

Sudan and war-torn Yemen are among those particularly hard- hit.

The IMF warned that emerging markets and middle-income countries face worsening prospects, given their governments’ limited capacity to cope with inflation as geopolitical uncertainties persist.

However, Azour said that the surge in crude prices has supported economic recovery in oil-exporting countries.

“It has compounded the recovery that they have witnessed last year thanks to a high level of vaccination (against Covid-19) and the various measures they took in order to accelerate the recovery,” he told AFP.

This is particularly true for Saudi Arabia, the Arab world’s largest economy and a leading oil exporter, whose GDP expected to grow by 7.6 percent in 2022.