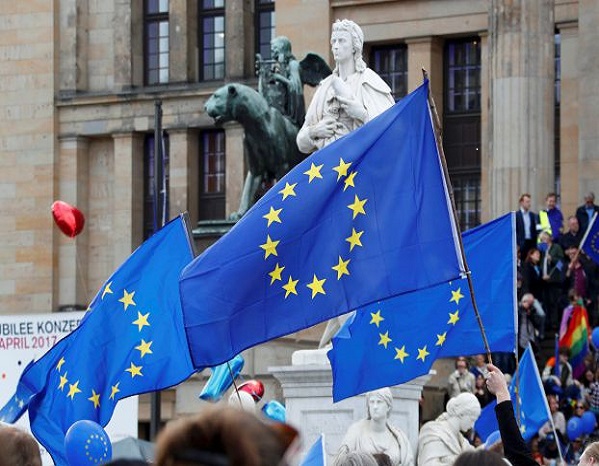 The European Union has pledged to Egypt with €100 million to surf the consequences of rising prices of food and commodities as part of the bloc’s response to mitigate the impact of Russia’s war against Ukraine on the EU’s partner countries.
Part of an initiative for a regional “Food and Resilience Facility” worth €225 million, the funds will allow for specific interventions designed according to the domestic context and needs and will focus mainly on the most vulnerable people and/or the partners most severely affected by the crisis, the union said in a statement.
“In the short term, the objectives of the Food and Resilience Facility are to respond to commodity shortage emergencies, contribute to balance of payment stabilization, sustain local social protection and social safety net systems which are faced with an additional acute crisis,” it added.
“In the medium to longer term, the Food and Resilience Facility aims to help to sustain local agricultural systems and to support the development of less input-intensive and more climate relevant agricultural practices. It should also contribute to the sustainability of local agri-food systems and help the South Neighborhood diversify and move away from their over-dependence on crops/cereals importations, including by shifting towards less water intensive varieties, crops and agricultural practices.”
The other beneficiaries include Algeria (€5m), Jordan (€25m), Lebanon (€25m), Morocco (€15m), Palestine (€25m), Syria (€10m) and Tunisia (€20m).