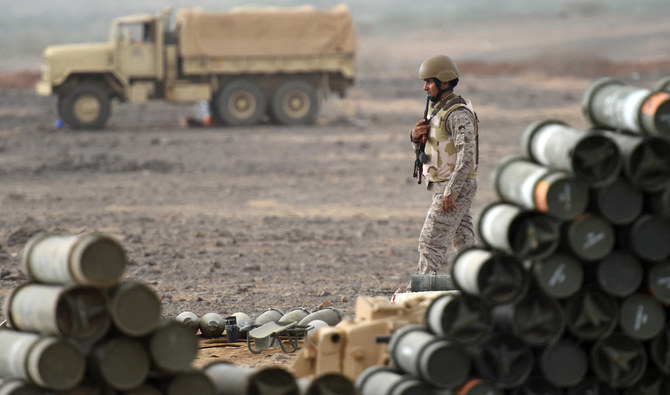 The Saudi-led coalition battling Iran-supported Houthi rebels said Tuesday it would cease military operations in Yemen today March 30 to help peace efforts by the UN and Gulf Cooperation Council (GCC).
This, Arab News reports citing the coalition, comes in response to the request of the Gulf Cooperation Council Secretary General and in support of the efforts and endeavors to reach a comprehensive and sustainable political solution to end the Yemeni crisis.
“Our position is firm in support of the legitimate Yemeni government in all its political stance and military measures, and we affirm our stand with the Yemeni people to achieve their aspirations and build their state in a way that achieves security and prosperity,” the coalition further said.
Tuesday, GCC Secretary Dr. Nayef Falah Al-Hajraf reportedly called on the coalition and all Yemeni parties to halt all military operations in Yemen.
Al-Hajraf’s call also follows that of the UN for a truce during the Muslim holy month of Ramadan to allow fuel ships to dock at Houthi-held Hodeidah port and a small number of commercial flights to operate from Sanaa airport according to some sources familiar with the matter.
The coalition controls Yemen’s sea and air space.
The truce is the most significant step in peace efforts in more than three years. Ramadan begins this weekend.
The UN has been trying to mediate before the two sides wandered in the conflict dating back to 2015. The Saud-led coalition says it is fighting to restore the government of Hadi Mansour.
The rebels have also launched repeated attacks on Saudi Arabia. On Friday the Houthis attacked an Aramco oil storage facility in Jeddah causing a fire.