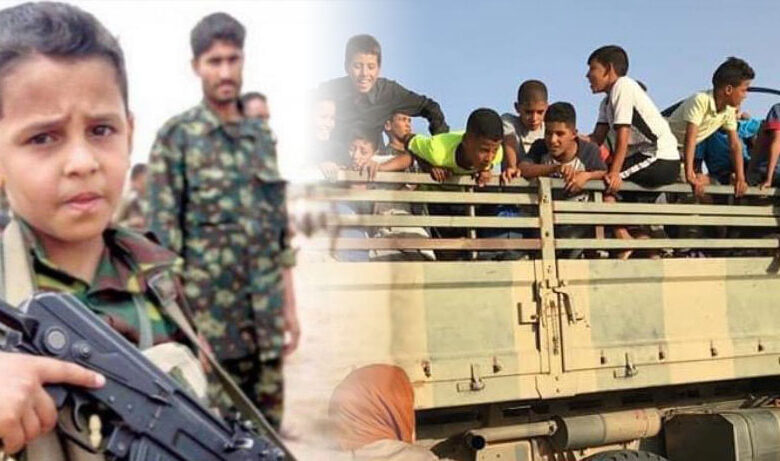 Several human rights NGOs and civil society activists have renewed their condemnation of the continued use of children as child soldiers by the Polisario and denounced Algeria as responsible for the human rights violations affecting children under the separatist militias in Tindouf.

The condemnation was expressed during an international conference on the recruitment of Sahraoui children in the Tindouf camps, organized by the NGO “Africa Culture International”, in association with several civil society activists from the Moroccan Southern Provinces.

The participants denounced the exploitation of children in armed conflicts and their obligation to bear arms, as this is considered by the international community as the worst violation of human rights.

President of Africa Culture International Dianko Lamine said the Algeria-backed Polisario does not hesitate to recruit children aged 12 to 13 as soldiers, and to exhibit them in military parades. The NGO said cases were reported to it, as an NGO working in the region, by a group of mothers who preferred to remain anonymous out of fear of reprisals.

The children thus find themselves deprived of their childhood to join the ranks of the militias, with all the psychological impact this implies.

Multiple calls have been made by international rights NGOs calling on Algeria to ensure full respect of children’s rights within its territories including the Tindouf camps, notably after a series of articles and videos have been released and their authenticity was confirmed by the UN and the European Parliament- showing the shocking scale of the exploitation of children as soldiers by the Polisario.

Algeria has not reacted so far to the blatant violations of children’s rights by its Polisario proxies deplored the participants in the Conference, who urged the immediate release of all children who have been forced to be in military uniform.

They called for criminalizing all parties or states that sponsor or arm the Polisario for its involvement in child recruitment.

They pointed out that the indoctrination and enlistment of children by the Polisario in wars is a crime against human beings in general. This practice contradicts the principles of human rights and the requirements of the Convention on the Rights of the Child, which stipulates education in the principles and values of freedom, equality and tolerance in a manner aimed at consolidating the personality of the child.

The phenomenon of child soldiers in the Tindouf camps constitutes a danger for the entire North African region. These children could easily be recruited by terrorist organizations in the Sahel, they explained, calling on the international community to adopt serious measures to deal with this phenomenon.