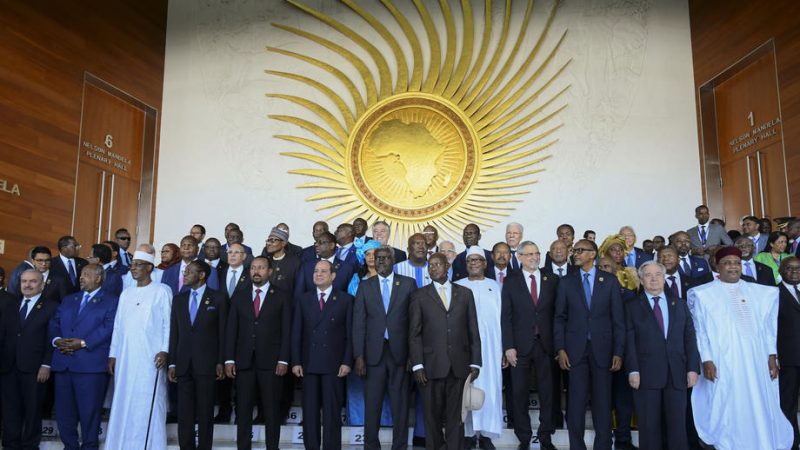 The European Union (EU) and the African Union (AU) are holding this week (Feb. 17, 18) their sixth joint summit to reaffirm partnership between the two regions but the European ambition is expected to meet distrust from the African side, as Brussels fails to honor a number of promises as serious partners.
To lure leaders of the black continent to turn their back to China’s growing influence and that of Russia’s return to a region viewed by many observers as Europe’s premium zone of influence, the EU is planning to invest more than €150 billion in Africa as part of its 300 billion Global Gateway initiative.
To be announced at the summit, as of one the six initiatives expected to be unveiled, the plan launched in September, is the EU’s answer to China’s Belt and Road program – which promises infrastructure investment in energy, digital and environment projects.
The European efforts are coming in the backdrop of growing distrust from African leaders who believe Europe does not see Africa as an equal partner but rather as rule taker and a recipient of aid.
The Covid-19 pandemic, David McNair, the executive director at ONE.org; an non-governmental organization campaigning to end extreme poverty and preventable disease by 2030, says, has further bolstered the suspicion of the African leaders about the EU.
“The EU’s actions in monopolizing vaccine access during the pandemic and locking out African countries that were ready to pay for doses deepened mistrust and sowed doubt that the EU is a serious partner,” he wrote in a column published by the Carnegie center.
“The EU’s opposition to a temporary intellectual property waiver for COVID-19 treatments, a travel ban following South Africa’s sequencing of the Omicron variant, and the failure to reach the promised $100 billion in annual funding at the 2021 UN Climate Change Conference rubbed further salt in the wound,” added former British Red Cross staff member and who recently voted among the top 99 foreign policy leaders under the age of 33.
Several European countries led by Germany are opposed to African countries’ plans to manufacture locally 60 per cent of vaccines used on the continent in the global efforts to treat the pandemic, by 2040.
The opposition is one the major points for which several African leaders, according to insiders of the joint conference believe, will make no show-up.
South African President Cyril Ramaphosa, an outspoken against Europe’s attitude and who accused the bloc of ‘vaccine apartheid’, is believed to give the conference a cold shoulder. Leaders from Nigeria and Kenya are expected to churn the summit.
African leaders also expect Europe to deliver on its pledge to reallocate 50% of the International Monetary Fund (IMF) $450 billion Special Drawing Rights to Africa. A large chunk of the reserve asset to be used to bolster economies at times of crisis has been allocated to Europe though the bloc has endowed itself with €800 billion to recover from the pandemic.
Senegalese President Macky Sall in his inauguration speech as AU chair early this month, called for $100 billion in special drawing rights (SDR) to be redirected to Africa.
“There is still a profound lack of balance in the partnership,” one insider to the summit preparations told Euractive website.
“We end up covering up the underlying tensions,” the insider added.
The summit will be business as usual but McNair argues that behind the scenes, a level of maturity is growing—one where officials are developing relationships strong enough to have difficult discussions about diverging as well as converging views, and where cultural and commercial cooperation outside of stale negotiating rooms can be built.
“Perhaps the most significant outcome will be a realization that Africa is demanding to be treated as a serious partner, not an aid recipient. It might be too late for this summit, but that message has been heard loud and clear in Brussels,” he stresses.