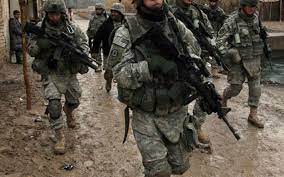 At least four elements linked to the Islamic State (IS) terror group were neutralized on Thursday as they were preparing to attack armed forces in the eastern Iraqi governorate of Diyala, Diyala Police First Lieutenant Shaalan Al-Kameli announced.

“Army forces managed to locate the terrorist group that was planning to target military personnel near Al-Azim dam, 65 km northwest of Baquba, the center of Diyala province,” he said.

“Clashes took place between army forces and IS elements,” Al-Kameli said, noting that four individuals were neutralized with the support of Iraqi military helicopters.

The terrorist group has recently intensified its attacks against military and civilian targets in northern and eastern Iraq.

For their part, Iraqi forces frequently conduct military campaigns and operations to hunt down elements of the terrorist group throughout the country.

In Indonesia, police also announced on Thursday that they have arrested three suspected terrorists affiliated with the Jamaah Islamiyah (JI) group, linked to the Islamic State, in Bengkulu province.

“They have pledged allegiance to the JI since 1999,” he told reporters in Jakarta. According to the same official, the suspects played a role in raising funds and helping suspects on the police wanted list.

The JI is an organization that has long been accused of being behind a series of bombings in Indonesia, the deadliest of which was the bombing of two nightclubs in Bali on October 12, 2002, which killed 202 people.