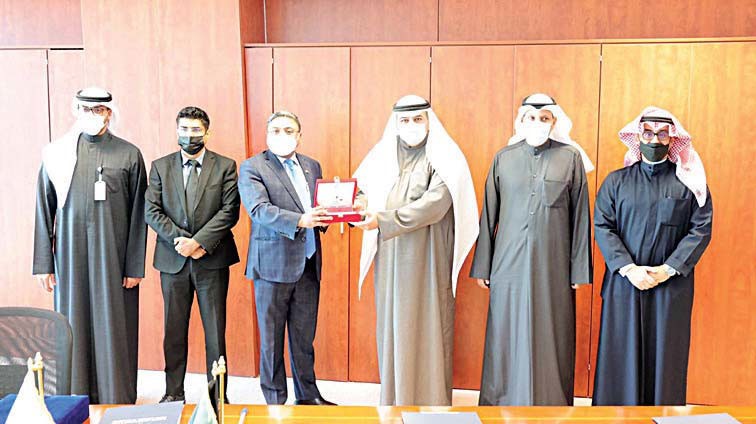 The head of Kuwait’s Public Authority for Manpower discussed Thursday with India’s envoy to the Gulf country the possibility of recruiting skills and Manpower to serve the labor needs in the Arab country, Arab Times reports.
Ahmad Al-Mousa told Sibi George that Kuwait will provide legal protection for the workers and will ensure an appropriate work environment that guarantees all workers their rights, including in the private and domestic sectors.
Moussa also indicated that the Arab country is making efforts to develop the process of bringing in skilled workers to serve the development and economic interests of the State of Kuwait and benefit everyone.
Kuwait, with a total population of 4.3 million is largely dominated by expat workers accounting for 70 per cent of the headcount.
The country is reportedly losing skilled workers in face of the Kuwaitization policy aiming at decreasing the number of expat workers in favor of local skills.
The policy, Arab Times reports, has created a shortage of labor in the private sector which depends on expats and difficulty in absorbing Kuwaiti employees in the public sector has threatened growth of Kuwait’s economy.
The shortage is wider in the health and education sectors, the media reports citing Economic Observer.
The government is currently unable to replace foreign workers with national labor mostly in the areas where Kuwaitis are unwilling to work, the media adds.