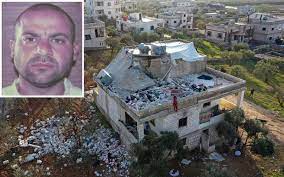 “Last night at my direction, U.S. military forces in northwest Syria successfully undertook a counterterrorism operation to protect the American people and our Allies, and make the world a safer place. Thanks to the skill and bravery of our Armed Forces, we have taken off the battlefield Abu Ibrahim al-Hashimi al-Qurayshi—the leader of ISIS,” the US President said.

Qurayshi, an Iraqi ideologue who was once imprisoned by the United States in Iraq, took over leadership of the organization after the previous ISIS leader, Abu Bakr al-Baghdadi, detonated a suicide vest in the same area of Syria during a U.S. Special Forces raid in 2019.

Qurayshi also blew himself up along with members of his family after refusing to surrender, U.S. officials said.

Biden added that all Americans have returned safely from the operation.

The news that the leader of the Islamic State died during a raid by U.S. Special Operations commandos drew bipartisan praise from congressional leaders on Thursday.

Speaker Nancy Pelosi said the United States should not view Abu Ibrahim al-Hashimi al-Qurayshi’s death as a reason to recede in the fight against the Islamic State.

Rescue workers said women and children were among at least 13 people killed during the raid by U.S. Special Operations commandos.