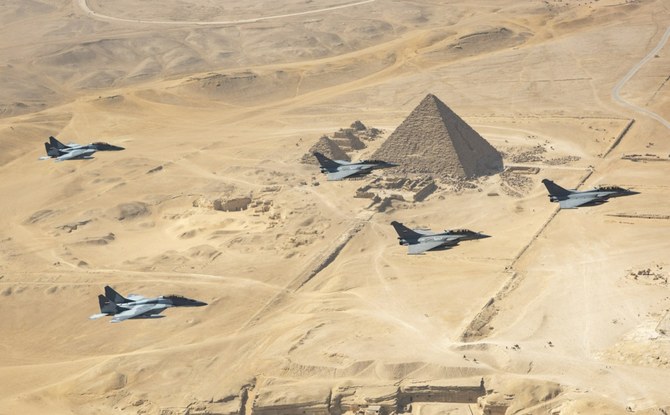 Egypt and France launched Sunday for several days Amun-22, an air training program at a number of Egyptian air bases, Arab News reports.
The training, according to Egyptian Military Spokesman Ghareeb Abdel Hafez Gharib, includes the implementation of theoretical and practical lessons on planning and executing joint air combat operations.
The objective also according to Gharib is to raise the combat efficiency and readiness of both the Egyptian and French air forces. The training is taking place on the heels of the joint naval training activities between the armies of Egypt and Saudi Arabia, Morgan-17, concluded on Monday.
The drill took place in the Gulf country and spanned several days. Special forces in the Egyptian and Saudi navies performed exercises with small arms, including sniping and storming buildings.
They also used artillery fire with live ammunition to repel and destroy enemy targets and the implementation of tactical reconnaissance against naval targets.