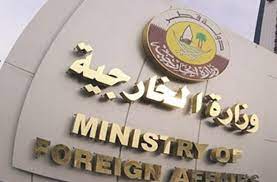 Qatar’s Emir Sheikh Tamim bin Hamad Al-Thani on Sunday ordered the creation of a new post for assistant foreign minister for regional affairs, Anadolu news agency reports citing the Gulf country’s state-run news agency QNA.
The ruler, also for the new position, has appointed Mohammad bin Abdulaziz Saleh Al-Khulaifi.
Al-Khulaifi, according to the agency, is the dean of the Law Faculty at Qatar University and is a member of several academic and professional committees, including the permanent Legislative Committee of the Qatari Council of Ministers.
Qatar has been playing mediation in several crisis in the region including Afghanistan and Lebanon.