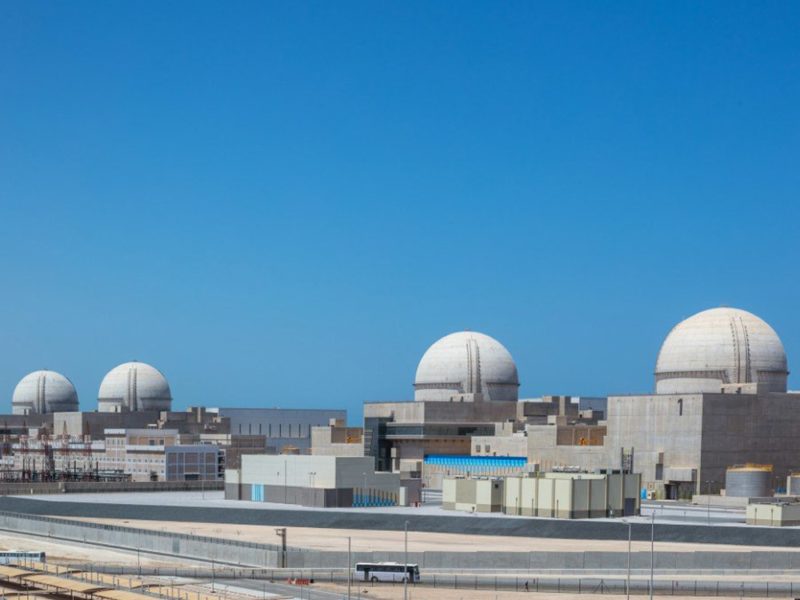 This was announced during Abu Dhabi Sustainability Week, showcasing the essential role that nuclear energy plays in combating climate change and promoting sustainable development in the UAE and around the world, reports the UAE news agency WAM.

New data made available by the United Nations Economic Commission for Europe (UNECE) identifies nuclear energy as the energy source with the lowest lifecycle carbon emissions, making it one of the cleanest of all the assessed technologies. Based on the latest data, the Emirates Nuclear Energy Corporation (ENEC) has announced that the four Units of the Barakah Plant will prevent 22.4 million tons of carbon emissions every year, 6 percent more than previously forecast.

“The Barakah Plant is a sustainable powerhouse for the UAE; leading the largest decarbonization drive of any industry here locally and in the wider Arab World today and spearheading the nation’s commitment to tackling climate change. Since the start of commercial operations in 2021, Unit 1 has been the largest single electricity generator in the Arab World, completely carbon emissions free, Mohamed Ibrahim Al Hammadi, Managing Director and Chief Executive Officer of ENEC was quoted by WAM as saying.

“The UAE’s decision to diversify its energy sources to include nuclear is paying dividends today as we work to make the largest contribution to the UAE’s Net Zero by 2050 initiative,” he added.

The 22.4 million tons prevented by the Barakah Plant is equivalent to 4.8 million passenger cars driven for one year. This is based on the updated projections and using new data on vehicle emissions. There are approximately 3.5 million cars on the UAE’s road’s today, demonstrating the significant positive impact the Barakah Plant is having on the UAE’s carbon footprint, rapidly decarbonizing the UAE’s energy sector.

According to data from the Emirates Water and Electricity Company (EWEC), carbon emissions is expected to decrease by 50 percent in 2025 as a result of the Barakah Plant being fully operational as well as the launch of additional large scale solar power generation and efficient water desalination.

In the same year, Barakah will be responsible for producing more than 85 percent of Abu Dhabi’s clean electricity.

Nuclear energy in the UAE is an enabler of sustainable growth and the Barakah Plant has become an international case-study for the delivery of a new nuclear energy project in line with international best practices and standards for quality, reliability and safety. When fully operational, the Barakah Plant will produce 5.6 gigawatts of electricity with zero carbon emissions, demonstrating the significant abilities of nuclear energy in producing baseload electricity and delivering solutions to climate change today. Over the next 60 years, the Plant will continue to deliver clean electricity 24/7, contributing significantly to the UAE’s Net Zero by 2050 initiative.

The Barakah Plant is one of the largest nuclear energy plants in the world, with four APR-1400 units. Construction of the Plant began in 2012 and has progressed steadily ever since. The development of the Barakah Plant as a whole is now more than 96 percent complete.