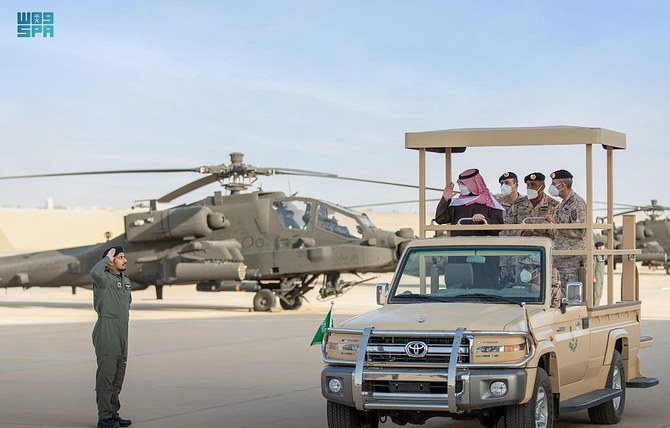 The Saudi Minister of the Saudi National Guard Prince Abdullah bin Bandar, on Monday, inaugurated the National Guard Air Base in Dirab, south of the capital, Riyadh, Arabe News reports citing the ministry.
The base, according to the President of the Aviation Authority Maj. Gen. Fahd bin Saedan, is designed to the highest standard modern facilities.
The new military facility also according to Maj. Gen. Turki Al-Tasan, the commander of the National Guard Air Base, will serve as “an impregnable shield for the country, with protective hawks in its skies, becoming a military force comparable to nations.”