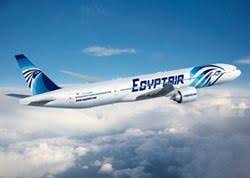 The Egyptian President Abdelfattah Al Sisi has authorized the ministry of Finance to provide a financial support worth about $3118 million for the national carrier, EgyptAir, to be used by the airline to fulfil external and internal financial obligations, Arab Finance reports.
The Egyptian leader according to the media citing a statement from his office, issued Law No. 160 of 2021 authorizing the Minister of Finance to guarantee for the airline.
Also, according to the statement, under the new law, the Minister of Finance on behalf of the Government is authorized to guarantee the Aviation Holding Company in the long-term financing that the company will obtain from the National Bank of Egypt (NBE) and Banque Misr in the amount about $318 million (EGP 5 billion), in line with the terms and conditions determined by the Minister of Finance by a decision from him.
The authorization comes two months after the parliament reportedly approved a decision by the Prime Minister greenlighting a law that grants the finance minister the right to issue guarantees to the airline.
The company’s foreign debt stands at around EGP 13 billion. The airline incurred around EGP 3 billion losses during the pandemic when the global travel industry at halt.