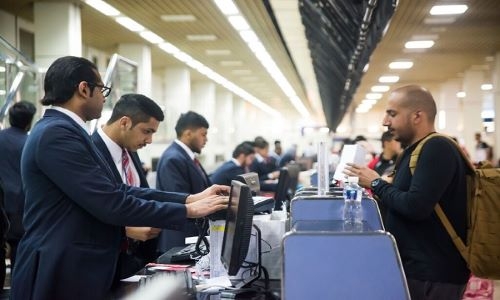 Bahrain Shura Council Sunday trashed two bills that sought to amend the Civil Service Law to reserve all jobs under the public sector, including contract jobs for Bahrainis, confirming the Gulf country’s policy to replace expats working in government by citizens.

The council, reports say, voted by a majority to reject the bills following recommendation from the legislative and Legal Affairs committee.

The council stressed that foreigners can be hired for jobs in case of not finding a suitable Bahraini candidate who meets the qualifications to occupy the required position.

The Gulf country according to Ahmed Zayed, Head of the Civil Service Bureau, has employed 25,000 Bahrainis, including 4,598 in government, in 6,300 different institutions, trained 12,100 since the beginning of the covid-19 outbreak.

There are currently 7, 2000 expats still working in the government, including 3,800 in the education sector.