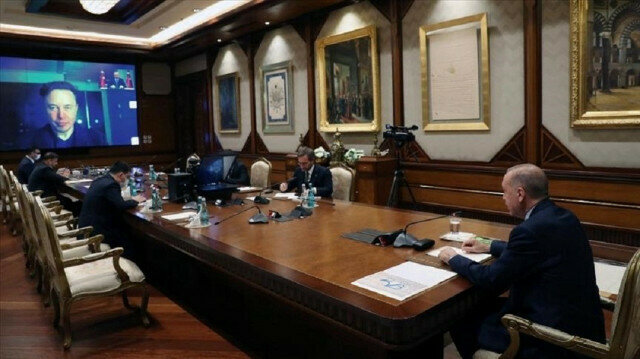 Turkish President Recep Tayyip Erdoğan and the founder of Tesla and space entrepreneur Elon Musk discussed an assortment of issues including long-term investments and improving existing cooperation, during a video conference Thursday.
The discussion also according to the office of the Turkish leader, touched on electrical autonomous vehicles, digital economy and Turkey’s space program.
Both figures also address the need to take joint steps regarding lithium batteries of Turkey’s first domestic electric vehicle TOGG, the process of launching Turkey’s Turksat 5B communications satellite into orbit was also discussed.
Turkey launched in January this year, the Turksat 5-A satellite into space through SpaceX.
The US super entrepreneur overtook Amazon founder Jeff Bezos this year to become the world’s wealthiest person. He is a global icon on Earth with his Tesla electric car company and beyond our planet with his SpaceX rockets.