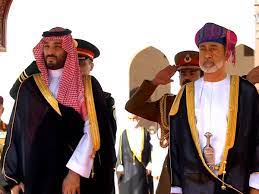 Saudi and Omani companies have signed 13 memoranda of understanding in Muscat worth $30 billion, the official Saudi press agency SPA reported on Tuesday.

These trade agreements which aim to diversify the economies of the two countries cover several cooperation projects, particularly in energy, tourism, and finance.

The MoUs were signed on the sidelines of the visit of Crown Prince Mohamed Ben Salman Ben Abdelaziz Al Saoud to Oman.

The Saudi Crown Prince arrived in the Omani capital on Monday evening, the first stop on his regional tour that also includes the United Arab Emirates, Kuwait, and Qatar, ahead of the Gulf Cooperation Council summit scheduled for in mid-December.

This visit by the Saudi Crown Prince to Qatar will be the first since 2017, the date when the Gulf crisis broke out.