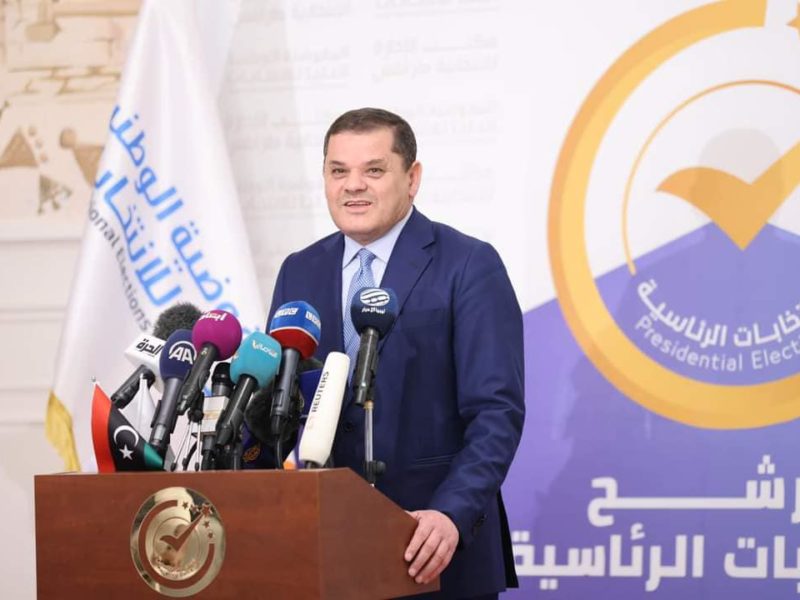 The Tripoli Court of Appeal on Sunday declared admissible two appeals challenging the candidacy of the head of the Libyan interim government Abdelhamid Dbeibah in the presidential election. These appeals were filed by candidates for the December 24 election. Among them the influential former Minister of Interior, Fathi Bachagha. A ruling that could increase tensions in the country, in the run-up to the presidential elections scheduled for December.
According to several Libyan media, the court accepted the argument that Mr. Dbeibah did not resign from his post three months before the presidential election, as required by the electoral law.
The Prime Minister’s supporters point to a no-confidence motion passed by the parliament last October, which would have effectively ended Adbelhamid Dabeibah’s tenure. But the court considers that he has continued to exercise his functions normally since then, which “contradicts his candidacy”.
If the candidacy of the businessman from Misrata is rejected, he will have 72 hours to appeal. In the meantime, and in a sign that tensions are gradually rising, the police have begun to post patrols around all the judicial headquarters to receive appeals for the presidential and legislative elections.
Two appeals were also filed against the candidacy of Khalifa Haftar while that of the son of Saif al-Islam Gaddafi was rejected. Several observers say they fear a return of military tensions as the elections approach.